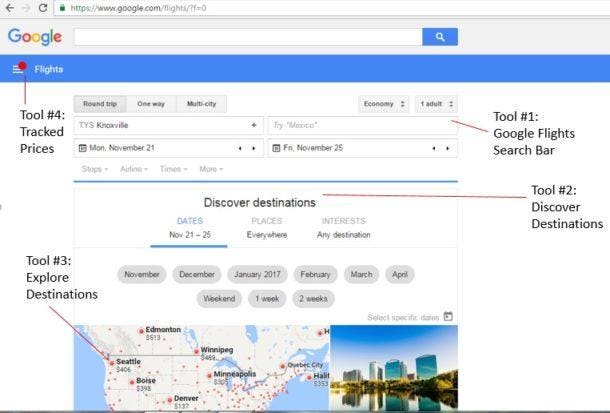 As a frequent business traveler, I’m partial to Google Flights (our internal system is pretty poor for finding/optimizing flight times/costs)….but Your mileage may vary…

I would love this. “What time is it on Earth?” #UTC https://www.washingtonpost.com/news/worldviews/wp/2016/02/12/the-radical-plan-to-destroy-time-zones-2/?tid=sm_fb
~TJK

As reported by the BBC, British Airways flight crews will begin their strike soon.

As a business traveler, this is troubling news:

Due to the government’s knee-jerk reaction, the cost of travel will be rising sharply. Now, I hate getting trapped on the plane too, but the cost of these fine (and the costs associated with avoiding them) *will* be passed on to consumers….as will difficulty in getting where we’re going. Sounds like a great idea, doesn’t it?

And this dear readers, is why we test our software….

From left: D.C. Councilman Jim Graham, Metro General Manager John Catoe, NTSB board member Deborah Hersman, Tri-State Oversight Committee Chairman Eric Madison and Federal Transit Administrator Peter Rogoff are sworn in before a House panel. (Examiner)
Metro’s alert system continues to fail periodically in the area of track where one Metro train crashed into another last month, killing nine and injuring more than 70 people.
A component of the automatic train alerting system that may have failed to prevent one train from knowing another was stopped ahead on the track continues to flicker intermittently in that same spot even when new equipment is used, National Transportation Safety Board member Debbie Hersman testified Tuesday. The device removed just five days before the crash as part of routine maintenance doesn’t fix the problem, either.
The revelations were part of a three-and-half hour congressional oversight hearing in which officials testified about the deadly June 22 crash and the transit system’s overall funding shortages and lack of regulation.
The continuing problem at the crash site is why Red Line riders are still experiencing delays along the line more than three weeks after the crash.
[snip]
kweir@washingtonexaminer.com

My time has been largely booked with work. Travel has been quite extensive. In-house projects have been non-stop. As a result, there hasn’t been much time left for discretionary writing (i.e., this site). There is a light at the end of the tunnel, however.

Our HR group has posted a new position for our group (and another has tentative approval for 3rd/4th quarter). If you have any interest in Celgene, stop by the website and look in the Careers section…or drop me a line (my email address is in the comments below).

Bringing on more resources will definitely help out and hopefully clear some time for some writing. I’ve been thinking about a good number of topics that would make good discussion points. With any luck, I’ll have them up here soon.

As a frequent business traveler, I’ve been anxiously watching the difficulties in which many airlines are finding themselves. I had been hoping not to see the following story:

NEW YORK (Reuters) – Continental Airlines Inc said on Thursday it would cut 3,000 jobs, or about 6.5 percent of its work force, and retire 67 older planes as it scales down in the face of soaring fuel prices.

The No. 4 carrier is the latest of the major U.S. airlines to announce large cutbacks as they grapple with unprecedented oil prices. On Tuesday, UAL Corp’s United Airlines announced plans to slash jobs and flights, following a similar move by AMR Corp’s American Airlines last month.

The airline said it would replace some of those older jets with deliveries of new, more fuel-efficient 737s. Its mainline fleet of about 375 planes would shrink to about 344 by the end of next year, an overall cut of about 8 percent.

It said it would cut flights after the summer season, reducing domestic capacity — or the number of seats for sale on U.S. flights — by about 11 percent in the fourth quarter.

Seeing as the Pharma belt uses EWR (Newark, NJ) as a primary airport, this is a huge hit. EWR is a hub for Continental so any hit on continental will have an impact on Pharma travel. To be fair, there have been some busier lines and fuller flights on Continental due to the problems that other carriers have been having already, but this is more direct (and doesn’t help the situation).